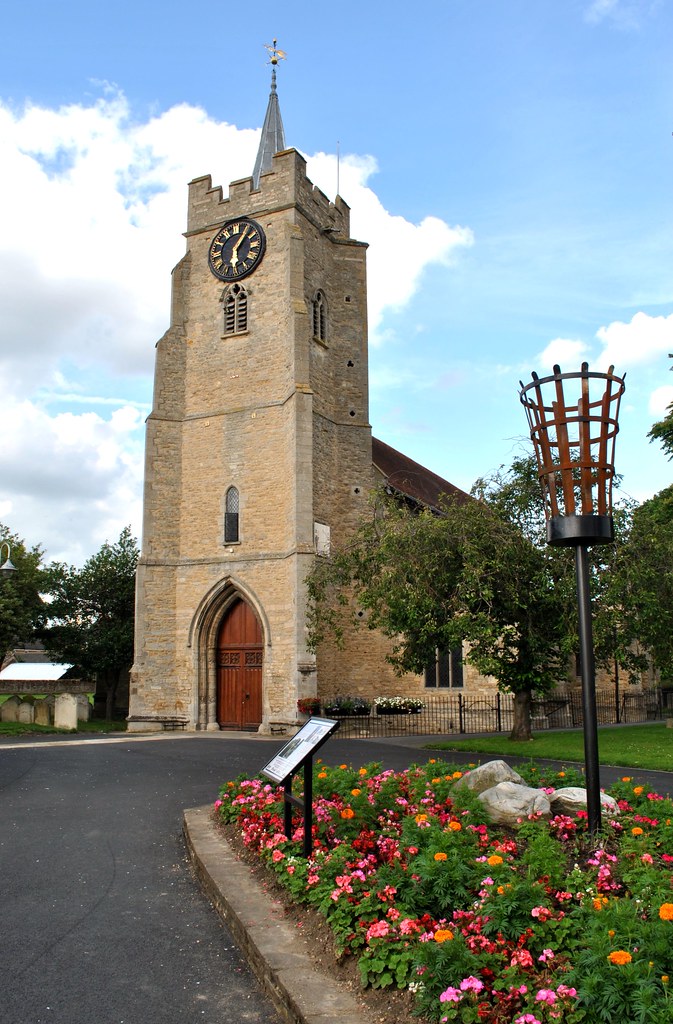 We are delighted to have positive links with the local St Peter and St Paul Church with plans in place for regular visits to church and opportunities to welcome visitors from the church to help with our assembly and choir sessions.

The story of Chatteris began on an island in the marshes. It was an isolated place from the start. Little is known about the fenmen who lived here apart from Bede's History of the English Church (8c) which tells how Etheldreda, daughter of the East Angles, married Tonbert, 'a prince of the south Gyrwes'. After Tonberts's death Etheldreda became the first Abbess of Ely. The Liber Eliensis (12c) described these Gyrwes as 'all the southern Angles that inhabit the great marsh'. Etheldreda's personal chaplain and priest was named Huna, and probably another o these Gyrwes fenmen. After Etheldreda's death in 679, Huna retired from his duties in Ely to a life of prayer as a hermit in Chatteris, becoming known resident. After his death, his name preserved at 'Huna Hill' (Honey Hill) on the road to Manea. Such was his reputation for intercession that a shrine was built and his body venerated for its miraculous properties until it was later removed and taken to Thorney Abbey. The shrine remained for three hundred years.

The fen territory was always a borderland, subject to violent incursions. In spite of the inhospitable reputation, both Tonbert and Huna give us some indication of the extent of the Christianisaton of the English tribes during the sixth century. Records indicate that the gospel had been established and a church built in Chatteris by the ninth century. The modern name Chatteris derives from the Anglo-Saxon CAETERIC; CETO (a wood) and RIC (a river). The river was the old West Ware which came down through Somersham by the Ferry and was the principal way by which Chatteris could be approached. For more information about the ancient history of the area, we recommend contacting the Chatteris Museum. For more information, follow this link.